Till the other day I was a selffish career minded office goer working in the typical babu style of snail sailing in the office garden. My life was more like a snail in a shell – frightened but secured in the protected shell.


Too much peace is not good for people as it makes people lazy. It made me one of the laziest on earth moving like a dinosour age Kolkata Tram on a slow rhythm on Ahmedabad road romanticising Kolkata and believing in the Indian indepence history as we read in our schools. But that day 2 weeks back, when the world was on a tail spin due to wikileak of American classified documents opening a cane of worms in public domain and the Anti-Osama Allied forces turned red faced, but people of the global village came to know what is the ground realities and what is a stage managed show by Anti-terror Allied forces. It exposed the hypocrisy of the American Govt vis-a-vis India and Indian interests. Next few days paper came out with details of what Headley said about Pakistan’s ISI hobnobing with Taliban and targeting American and Indian interest amongst others.

We came to know the big divider between what nations’s collective knowledge and what it should share with its citizens but keep restrains on account of various clash of multi-faceted interest. But wikileak was a American leak of classified documents. 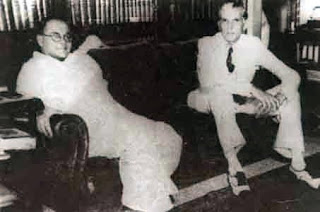 In the meanwhile I was wondering what is the state of Indian classified archives. When I searched Google with Classified on Indian websites, taht became a day of reckoning for me as I discovered, I the lazy Indian, I the selfish Indian, I the frightened Indioan, that while Indian middle class has put the curtains around their life avenues with many Dos and many Don’ts, many a Indians are trying their best to make India what we see in the dream that it should be – like a India where all the basic rights of constitution and directive principles are followed, people of all strata are free from the wrath of caste, creed, religion and regionalism. There are high rates of literacy uniformly spread across the length and breath of independent India. There be 2- meals for all and opportunities for studies for all. The places of business are not filled with business sharks and mafia raj do not rot the nook and corner of our society. But that dream, a broken dream was shattered into pieces that day when I stole office time to get more and more into the depth of apathy shown consistently over a period of 63 years to the Forgotten Hero and the brightest star of Indian freedom struggle.

I felt all the political roads of Bengal filthy. As much filth there as it were in the nook and corner of central ministries and of the ruling political force who has given such a unified effort to scuttle the discovery of truth relating to Indian freedom’s apple of the eye Netaji – truth around Taiwan air crash and after math and where the life breathed its last breathe singing and dreaming about INDIA and INDIA only – a different India than where we live a coerced life and , I searched nook and corner of world wide web and collected hundreds of new found truths, revelations, many a inconsistencies in various statements and fact finding reports including two Govt appointed and one court directed appointment of Enquiry Committee.

In the comfort of air conditioned affluent life of central ministries with sycophants and bickering media and surrounded by gun- welding Black Cats , have we ever thought what this son of the soil’s life tried to do and almost accomplished in a scale of grandeur even Gandhijis and Nehrus could only aspire of, we cannot dream of the great sacrifice that this son of soil did with fire in his eyes and with fervour of nation’s love in heart – walking fearlessly upon the blood strained roads of WW2 from one continent to the other, above the ground and under the sea, in the hottest terrain and the coldest forests, running for cover in the broad day light and running in the darkest hour of the night – british dogs sniffing for the slightest smell of Subhash and death would come on any odd hour of life. 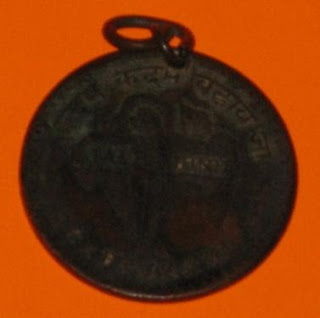 But Subhas showed in every turn of his eventful interactions from college compound to last pronounced fake air crash that he remained the last unconquered bastion of Indian territory floating the firsts - first Indian Legion, first provincial Govt of India, the first Indian head of Provincial govt, the first Indian national flag hoisted in Kohima and Moirang, the first Indian currency ….Had the front line few leaders of Congress back home were more liberal than being influenced by aroma of Mr. And Mrs Mountbaten and had Gandhiji been more realistic and became a truly secular leader than a Hindu religious follower abiding with the dream of Ram rajya and had Gandhiji reduced his admiration for everything that was British including pretending to be a messiah of non-violence in organishing Indians to join British militarty to join the world war I , and the dichotomy of Gandhiji being pretending to be democratic while playing tricks from the background to create road blocks for democratically elected INC president Netaji from assuming presidentship for the second term.

There are many ifs and buts…..Now world global village of information knows despite the Congress’s Herculean concerted effort under the invisible direction of a family that assumed royalty within democracy, that IF Netaji was allowed to continue as Presedent of Congress, the forces that would rule for independence would be a different force and a different breed than the one we are witnessing in the last 63 years.

And it would be foolish to ignore Jinnah’s statement that had Subhash been at the helm of Congress, Jinhah would not go for Pakisthan and in the process the South asia would not have faced the tragic loss of many a unaccounted millions of life and many a million destruction of dreams. At this critical time in history what we witnessed was Gandhiji’s selective fasting to control Hindu rioters while on a not a single instance going for a fast to disuade Muslim rioters as history of nation shows that he was not that giant stalwarth to command unflenching trust of majority of Muslims or even the Muslim leaders like Jinnah who became the “father” of another section of Indian population in the western front and in a part of eastern front of erstwhile India. 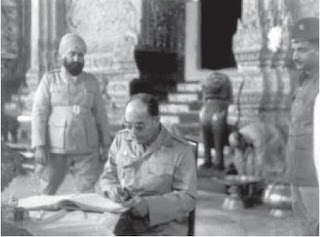 A nations chart its own destiny that always is unique. The people who collectively take reigns of the nation make the nation as we want it to be. One fact is clear in the whole saga of Subhas mystery that those who cannot honour their freedom fighters and their nation builders, cannot be of no good to the society. When the rulers negate the great sacrifices, and feel that they will rule the nation by reigning on the media and by acting as a conduit for a minority of large capital owners, then I can assure that either they change their policy or people make change in the ruling power to be. 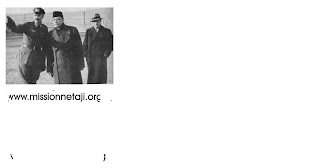 If the Central Ministry has at all self respect then they should come out and declassify the reports demanded by various trough finding groups whether through the RTI process or otherwise. While Nietaji’s truth are slowly showing the light of the day through the private efforts of a few Indians who are filing application under RTI in India as well as in the USA and as the private zeal to collect info and evidence take momentum and people are re-looking at the Congress and the pitiable dirty game plan played in broad day light, time has come when Congress must come clean by letting the truth be out or people will try to look for a change in ruling that promises to declassify all Netaji related classified records and that assure to be truly proactive in bringing to lights from the archives of Russia, Britain, USA, Japan, German and other countries and let Subhas the greatest son of Mother India rest in peace with fullest national honour bestowed the GoI’s official machinery.

While commemorating 64th day of Independence let us take wath that we, the people of India be vigilant that rulers of the nation do not take the people of India for a ride with their 63 years oiled infested machinery of governance. Transpareency and equitability be the only two words by which each one judge the others.

My sincere acknowledgements to various private initiatives who stood firm against all odds and a apathetic central govt and been able to shed new lights into the tragic mystery of our greatest national hero.

I as an Indian and as a noble duty to the greatest and sweetest Indian soul ever born here, I have made a compilation of all the facts, rare pictures, videos, group websites, solo websites, newspaper investigations, individual investigations, including images of the rare flag and currency of INA .

On this 64th day of independence I wish to dedicate these info for study and review by my countrymen with a prayer that the evil axis within India blocking the truth about Netaji to reach the masses get defeated soon. Let our country be flowered with thousands of truthful fiercest patriots like Subhas Chandra Bose.

Other Articles and blog links of the author