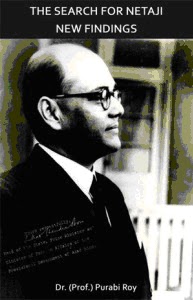 Two books on Netaji Subhas Chandra Bose have been published so far this year. Both are written by distinguished historians who have brought to bear their distinctive styles and considerable accomplishments for further stimulating the academic-public discourse on one of the outstanding political personalities of Indian history. Purabi Roy is someone more than a historian. An archivist par excellence, she has painstakingly collected, assessed, organised, preserved and laid out on a platter for future generations of academicians documents on not only Netaji, but also the events and characters linked to his exciting career in , western Europe, and Soviet Russia. As for Sugato Bose, his historian-plus factor is the literary hand which has led to the foregrounding of Netaji’s human side even as he guides the reader through the dense tapestry of Netaji’s struggle.
At the end, one wonders if any more trees need to be sacrificed for producing additions to the great library of published works on Netaji, to which Sugato Bose had notched three before the one in question — all in combination with his late father, Sisir Bose. A magnum opus was perhaps only to be expected and now that he has delivered it, where lies the scope for more?
The answer to that is provided by Purabi Roy, albeit in dense codes. She seems to be trying to plead “no more hagiographies please”, and goes on to hold up document after document representing an exciting array of possible research areas over the next 200 years. A few of these have found their way into the Netaji Research Bureau, but a great many others are drawn from libraries and storehouses of institutions, universities, government record rooms, military archives and, of course, communist party offices on the other side of the iron curtain. In the mid-1990s, Roy went to post-communist Russia as part of a three-member team of academicians deputed by Asiatic Society, Kolkata, to study records preserved in communist foundations in order to form an understanding of the extent of the contribution of the Comintern and its Indian members to India’s freedom struggle.
In the process, stumbled upon archival material which revealed Netaji’s deep connections with the Soviet leadership going back to the early years of the . This suggested to that even in his 20s, young Netaji had some firm views on marshalling international support for ’s liberation struggle even as he swam with the Gandhian current. Though the Soviets admitted on their files that it was impossible to convert young Netaji into communism, he was certainly to be counted upon as a friend. The Soviets had been following his career from a very early stage, evidence of which is found in a report by one comrade Johnstone to the Eastern Secretariat of the Comintern in 1929. It read: “A socialist youth movement which is very strong but is intellectual and has no proletarian outlook…(is) led by young Nehru and Chandra Bhos (Bose).”
The Search for Netaji: New findings | Author: Purabi Roy Publisher: Purple Peacock | Price: Rs 430
Posted by The Quest for Life at 10:55 AM