Even as Subhas Chandra Bose's 115th birth anniversary was recently observed, Tapan Chattopadhay, retired IPS officer who worked in the Intelligence Bureau for two decades, spoke to ...... about how Netaji shook up the British Raj, the Indian National Army 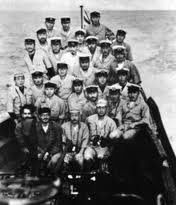 What prompted your research?

Is there enough documentary evidence on the INA’s secret service ?

There are enough documents of the British administration intelligence and army British intelligence code named INA’s land based spies JIFCS - Japanies Inspired Fifth Columnist Spies and those dropped by parachutes BATS – Burmese Area Trained, revamped their intelligence interrogation apparatus to counter INA activities. German and Japanese documents are available too. I scoured office of British commissioners in kohima and imphal as well as Indian, German and British archives.

How did this secret service develop ?

A fledgling unit was formed in 1942 by general mohan singh. It gained huge impetus after Bose took over in 1943.it was unique in many ways. It was actually many secret service outfits put together in different countries of south east asia. It comprised Indian revolutionaries who’d taken refuge in east asia fleeing British persecution. it also had civilian recruits. They loathed the British raj and craved India’s freedom. The Japanese secured cooperation of some revolutionary groups by assuring them help in their struggle. Often the Japanese funded their activities- the situation changed completely under Bose. He raised funds for the INA from Indians INA repaid loans from Germany and Japan. The Japanese were initially reluctant to let go of their hold on some outfits till Bose brought them firmly under control. It was’n an easy task.

How were INA operatives trained?

But what did all this achieve ?

INA worked under exceedingly difficult conditions. Bose faced hostility from a section in India including communists and some congress factions, but the masses adored and admired him. The British made special efforts to obstruct all news of INA and Bose. There was a media ban and mud slinging campaigns against Bose. But the secret assessment of Indian Army Chief, General Claud Auchinleck, was INA’s efforts advanced India’s independence by about 20 years. INA infiltrated British administration, police army and navy. The INA developed good intelligence networks in east, north-east and in India. They launched operations against British forces in Malay and Burma. When INA and Japanese forces attacked in 1944 the British in Imphal and Kohima were caught unawares. In 1966. British premier Clement Attlee confided the primary reason for the hasty departure of the British from India was Bose weakening of the loyalty of the army and navy.

Could you access enough government documents for your research?

It was not easy to get help from government departments to study Bose. His name was an unspoken taboo in government academies and organisations. Both rightist and leftist elements in the country attempted to tarnish his image. The cumulative effect is ignorance and indifference about Bose, even among the intelligentsia.