Proposed "Bharat Ratna" for Netaji - the crown of thorns

Bharat Ratna proposal for Netaji!What an unbelievable news!Seventy two years after His disappearance, even after that small Kid Tendulkar's, suddenly the political class of India remembers Netaji!Poor Indians!

That Great Man of World War era - who exclusively on His own effort,with burning desire for Freedom, crossed the boundaries of Akhanda Bharat. In that turbulent world scenario, tried to befriend various world leaders - shaking hands, walking the talk. Only to achieve the dream - Freedom Is Our Birthright.
Injecting such humiliation to the burning soul of an undying man- sacrificing career and offering life at the alter of freedom - that was totally uncalled for.

Which Government would pledge its soul for resolving such sixty-nine years Mystery? So, first of all, let's bring to light all the facts and mystery that surrounds this great Man of India, who still lives in million hearts.
If and when, the government of independent India takes that giant step to bring out the hundreds of classified and secret papers on Netaji Subhas Bose lying with PMO, Home Ministry, IB , that day the true Bharat Ratna would be placed on this patriot of patriots of Indian freedom movement.

Posted by: Jayanti
On the occasion of 15th August 2014 - India's Independence Day. 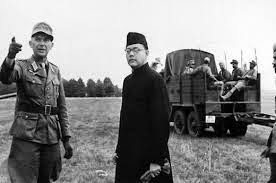